Thought for the month (by AA Milne): 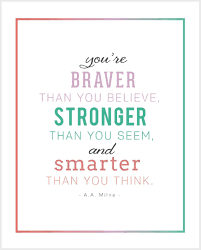 October 17th was the perfect day for our sponsored walk. We had a great time exercising and getting fresh air and it was super to have so many of our mums, dads and grandparents with us. The best news is that we raised €3,000! We are so proud of this and would like to thank everyone for supporting us. A big thank you to Ms. McEvoy, Ms. Keogh and Jacinta for all their work in organising this event. We look forward to buying new resources for the school. Here are some snapshots of the walk. 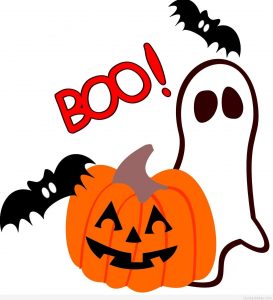 The Parents Association invites all pupils to a spooktacular Halloween fancy dress disco in the school hall on Friday October 25th from 6.30pm to 8.30pm. Cost of entry is €2 per pupil and there will be a tuck shop if children would like to buy treats. Children can dress up, have fun and show off their dance moves!

4th, 5th and 6th class had six weeks of Samba drumming lessons.  On the last day they all performed outdoors for the other pupils, their parents, grandparents and all who passed by the school! We have had Kieran Gallagher from Kada Ka Boom Arts giving these enjoyable, creative and skillful Samba lessons for three years and hope to continue working with him. Here are some photos of the super Samba performance and the audience who really enjoyed it!

On October 10th, 2019 staff of Scoil Bhríde had fire safety training to ensure safe evacuation of all in the building in the event of a fire. Thanks to Terry from Masterfire Services of Monasterboice for the every informative and important training. Fire extinguishers,fire blankets & ladders are available from if you would like to purchase them.

The Dunleer Sustainable Energy Community (SEC) has installed two electric vehicle (EV) charging points at the recreation centre in Dunleer.  Joe Torris Chairman of the Recreation centre stated “we are delighted that these have been installed which are part of our objectives of tackling the challenges of climate change, but will also enhance the facilities at the centre which has just commenced a major refurbishment to upgrade its facilities”.
The Launch was attended by representatives of many Groups within the Community.
Joe stated that the two groups who have been to the forefront of the green initative in the area are the young people and teachers on the Green Schools Committees of both Scoil Uí Mhuirí  and Scoil Bhride National School, Dunleer. Both these committees have been pivotal in forwarding green initiatives in the area.

AWARDS, REWARDS AND LOTS OF PRAISE!

September has gone by so quickly! We have been busy settling back to school and working really hard. Assembly was held on Friday September 27th and these are the children how were awarded Dalta na Míosa, got Special Commendations and were praised in the Golden Book. Thank you to Dunleer Credit Union for sponsoring our awards again this year.

A huge thank you to Dunleer Credit Union for agreeing to sponsor or Pupil Awards again this year! We received a cheque for €200 to cover the cost of the monthly awards and the graduation mass at the end of the year.